What are some signs of an issue?
Is drinking harm widespread?
Why don’t people seek support?
What should I do about it?
Back to top
Back to News & Events

Counselling Online
Date
23 November 2021
The team from Counselling Online share the signs that it might be time for change to your alcohol use.
This issue deals with sensitive issues including problems related to substance use. This is a complex and sensitive area and may be triggering for some, difficult for others and result in strong emotions. If this topic raises issues for you, now may not be the right time for you to read it. Give us a call on Nurse & Midwife Support on 1800 667 877 if you would like to talk about what you are feeling.
Body 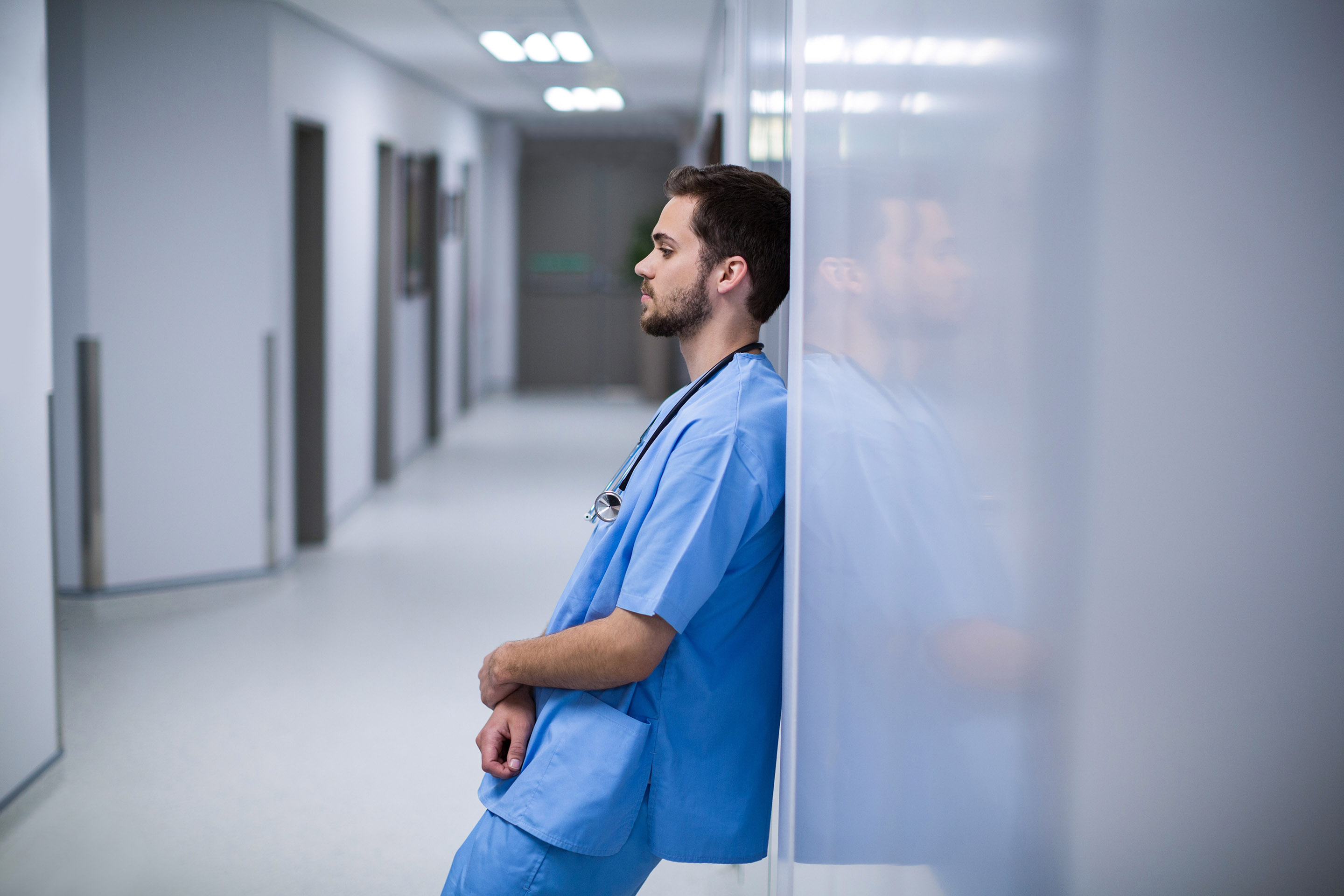 For many Australians drinking is a regular part of life. Broadly, people think that drinking is safe, especially because it’s legal and very easy to buy. However, it can do a great deal of damage to people, their families and communities.

What are some signs of an issue?
Body

But how do you know if your drinking has got out of hand, and what can you do about it? Here are some signs you can look out for.

1. Is your drinking impacting your health, fitness or wellbeing

You might be noticing that it feels like drinking is having a harmful effect on your health. Even something that is seen as fairly ‘normal’ and innocuous like having a hangover can be concerning if it happens frequently or severely enough. More broadly, if you often feel unwell, sluggish, unhappy or are experiencing erratic emotions, it may be a sign that drinking is having a negative impact and it might be time to reevaluate.

If you are feeling unwell or shaky and find that drinking alcohol helps you feel better, this can be a sign of dependence to alcohol and is something you should speak to a health professional about.

2. Has drinking taken over other aspects of your life?

Have you chosen to drink instead of taking part in other activities? Maybe you’ve missed work because you were hungover, or bailed on a close friend because you preferred to stay home alone and drink. If you are prioritising drinking over things that are very important to you, it may be a sign that it’s time to make a change.

3. Have you been increasing your drinking over time?

Do you find that you have to drink more than you used to to get the same effect? Sometimes it can creep up on you, so you don’t realise until later when you’re cleaning up the empty bottles or noticing how much you spent the night before at the pub. Many people consider it a badge of honour to be able to drink a lot without showing signs of drunkenness, but in many cases it is a sign that you’re building a tolerance to alcohol and that it may be time to make a change.

4. Do you feel guilt, remorse or anxiety after drinking?

Maybe you drink more than you’d like to, do things you regret when you’re drunk, or struggle to remember what you’ve done at all. Post-drinking anxiety is a common enough phenomenon that it has a nickname: ‘hangxiety’. There’s actually a chemical cause for the feelings of dread many people wake with the morning after a heavy drinking session — as professor of neuropsychopharmacology David Nutt explained to Amy Fleming of The Guardian:

Alcohol, he says, targets the Gaba (gamma-aminobutyric acid) receptor, which sends chemical messages through the brain and central nervous system to inhibit the activity of nerve cells. Put simply, it calms the brain, reducing excitement by making fewer neurons fire. “Alcohol stimulates Gaba, which is why you get relaxed and cheerful when you drink,” explains Nutt.

The first two drinks lull you into a blissful Gaba-induced state of chill. When you get to the third or fourth drink, another brain-slackening effect kicks in: you start blocking glutamate, the main excitatory transmitter in the brain. “More glutamate means more anxiety,” says Nutt. “Less glutamate means less anxiety.”…

The body registers this new imbalance in brain chemicals and attempts to put things right. It is a little like when you eat a lot of sweets and your body goes into insulin-producing overdrive to get the blood sugar levels down to normal; as soon as the sweets have been digested, all that insulin causes your blood sugar to crash. When you are drunk, your body goes on a mission to bring Gaba levels down to normal and turn glutamate back up. When you stop drinking, therefore, you end up with unnaturally low Gaba function and a spike in glutamate – a situation that leads to anxiety, says Nutt…

Alcohol also causes a small rise in noradrenaline – known as the fight-or-flight hormone. “Noradrenaline suppresses stress when you first take it, and increases it in withdrawal,” says Nutt. “Severe anxiety can be considered a surge of noradrenaline in the brain.”

These chemical changes can last for days, and even years if somebody becomes physically dependent on alcohol. If you’re beginning to feel more anxious more regularly after a drinking session, it may be a sign that your brain needs a break.

5. Have you, or someone close to you been hurt because of your drinking?

Whether it’s physical or emotional harm that has been caused, it is a critical time to have a look at your drinking, the effect it is having and whether it’s time to make some changes. Be honest with yourself, but don’t self-flagellate. The most important thing is realising the harm and working to make sure things are different in the future.

6. Has someone expressed concern about your drinking?

This could be a relative, friend or even coworker. If other people are noticing signs that your drinking may be a cause for concern, it might be time to take a closer look at what's going on.

Nurses and midwives are positions of responsibility and that can mean that you’re under more scrutiny than the average person. If a peer or manager raises concerns about what’s going on, you might feel angry or embarrassed, but it’s important to try not to feel defensive. It’s likely that they’re acting out of concern for your welfare and the welfare of your patients, and have a vested interest in seeing you successfully get the situation under control.

Whether the person approaches you about it kindly or not, this is an opportunity for you to assess how you’re feeling about your situation, and whether it might be time to reach out for support.

Whether you’re facing a burgeoning problem or have developed an alcohol dependency, it’s important to know that you are not alone. Struggles with alcohol are an incredible common health issue for Australians.

According to Professor Dan Lubman, the average Australian knows seven people struggling with addiction, but have no idea who they are. One in six Australians drink alcohol at harmful levels, putting them at risk of alcohol-related disease or injury, and one in five will develop an alcohol use disorder during their lifetime. Alcohol is also the most common substance that people need support with when contacting our service.

Alcohol dependency is a real health issue that is treatable with support, but the stigmatisation of problems related to substance use means that many people do not reach out for support. Prof Lubman points out that there is an average of a 20-year delay before people who are struggling reach out for support — but the path to recovery can grow more difficult the longer you hesitate.

As a health professional, you no doubt understand the benefits of evidence-based treatment for health problems. Treatment and prevention of substance dependency is no different. If you wouldn’t delay getting a funny-looking mole checked out, it’s a good idea to get your niggling doubts about your relationship with alcohol checked out, even if it might feel like you’re overreacting.

What should I do about it?
Body

Start small and give Nurse & Midwife Support a call on 1800 667 877 to chat about how you’re feeling. The path to recovery — and what the destination even looks like — is different for everybody. They can offer you free, confidential support 24/7 and help you figure out what you might like your next steps to be, whether you want to cut down on drinking or stop altogether.

This blog was adapted for nurses and midwives from a piece that originally appeared on Counselling Online. Counselling Online is a free and confidential service that provides 24/7 support to people across Australia affected by alcohol or drug use. This service is funded by the federal government.

Browse website Extending a hand of care: Supporting managers to support nurses and midwives dealing with substance issues A new flow: Find relaxation in the hobby chest, not the wine glass